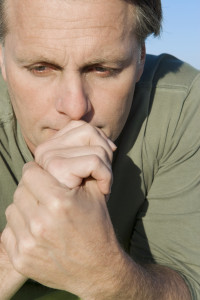 How can the cold shoulder treatment destroy a home?

Perhaps all of you know that in the section "AskNora" we have a live discussion about the topics related to this blog. Usually, and what breaks my heart so frequently, there is some woman telling a terrible tale of marital woe.

This is a case where the silent treatment become a way of life....with disastrous consequences for herself and the kids. How mad with anger has a man to be, in order to punish his loved ones in this way?

"Literally for months, he did not speak to me and wouldn't tell me what was wrong. I begin to suspect an affair. He treated me as if I did not exist. "IF" there was any interaction, he was very hostile, NEVER take responsibility, or NEVER wanted to be held accountable, prideful ( I'm sorry very seldom leaves his mouth). We literally became room mates. I became EXHAUSTED and somewhat intimidated which I had never felt before. IT WAS GETTING WORSE. Being that I had been dealing with an illness for a couple years, I could not remain in the home. It had become emotionally abusive and stressful. The stress had gotten to me so much that I'm now trying to wean myself off Xanax and I pray that the Lord does not let me die from the stress. I was in and out of the hospital with anxiety attacks, heart palpitations, extreme weight loss. When I left the home he made no attempt to find out where I was or even try and make amends for two months....."

This is a very extreme case of communication breakup...when the consequences of the "silent treatment" received can drive a woman to the point of stress exhaustion causing sickness. She was so vulnerable to this silent attack that her body reacted with symptoms like palpitations, and anxiety attacks. Indeed, it takes a strong heart to be able to survive the "silent war zone"

Some other times, the husband manages to break the silence for some time stretch, he communicates somehow and the house routine looks more normal for both. And she can rekindle her hopes that now things are going to change, and communication will be normal....

He is holding a grudge here, we don't know how old...and the way he keeps the grudge is to cover his hostility with silence. A lot of silence, directed to the wrong persons like in this case, wife and children.

If his grudge is with the wife, then he can't be honest with her and confront the behavior that is making him so mad. If the anger is with someone else, it is also unjust, because he is destroying the connection with her as a representative of...his own mother? all the female side of humankind?

Usually, my brain tries to get simple solutions that respect both sides....but sometimes, I'm confronted with a situation like this, that has gone way beyond what can be repairable. The power and control built by the method of silencing the whole family makes impossible for those family members to reconnect at any human level. He will get her to leave the home, and then the children will finally decide to leave this "silent war zone."  At this point, teaching the wife to confront him, or to invite him to negotiate with her will be of no use. Because subjecting someone to this cold shoulder treatment for so long destroys any love and trust created before.

Usually, people doesn't realize how deep is the effect. It feels like a massive rejection, felt in all areas of a person. It becomes the equivalent of some jail's extreme isolation rooms, and it has produces permanent psychological damage on the victims. To manage some of its impact, we offer this Kindle book:  The Silent Marriage: How Passive Aggression Steals Your Happiness

Can you comment if there is some silent treatment at your home? Thanks for sharing!

Sign up for your Free Coaching session with Coach Nora, where she will help you understand your specific situation and what would help you most.
Please, click here to schedule your no charge session

I have been enduring the silent treatment for almost 2 years. 10 months ago I asked my then husband to love out of the house if he was not able to talk to me; to be honest with me and to stop pretending like I no longer exist. We are now divorced and the silent treatment continues even when I need advise about our teenage daughter. This person was never a husband; a man or a father. We have not had sex in 20 years (since the day our child was conceived); has not slept in the same bed with me x 15 years; lied about his employment; spent many hours every weekend with men and women- not inviting me- I was the idiot who held down a FT job during our entire marriage; forged my signature on tax return information thus preventing me seeing his lack of financial contribution to the family; stopped doing things as a family 7 years ago; stopped eating dinner as a family 5 years ago; spent 12 hours in the basement daily x 14 years- doing what I have no idea; would only help his friends with their stupid needs: fixing their cell phones; fixing their cars- instead of getting a FT job to support his family . Had a rage attack last year when I confronted him- regarding wanting to view 10 more years worth of tax return statements. My 2 questions are: #1: why would I remain in such a pathetic and loveless marriage? Is it because we had a child; #2: what do I tell my 19 year old daughter why our marriage fefl apart??

Without the husband desiring to “change” this is the pattern that will continue….as the wives the stress will impact your health…..working through your own issues about separating from this type of man is key….perhaps this doesn’t mean it will lead to divorce but it provides a timeout to hear your own voice and for these types of men to decide if there is enough at risk in terms of their marriages/families to “change”.